Objects: Multiligament knee injury (MLKI) is a complex orthopedic injury leading to the tear of ‎at least two of major knee ligaments. Yet, there is no consensus regarding the optimal ‎management of this debilitating condition. The aim of this study was to evaluate the outcome of ‎MLKI in patients treated with single-stage multiligament reconstruction surgery.‎ Methods: In a retrospective study, consecutive eligible MLKI patients who underwent surgical ‎reconstruction were included. Objective evaluation of the outcome included active extension and ‎flexion. Subjective evaluation of the outcome included the Lysholm score and the International ‎Knee Documentation Committee (IKDC) form in Persian. Post-operative complications were also ‎recorded.‎ Results: A total of 41 patients with the mean age of 31.95±7.82 years and an average follow-up ‎period of 36.9±17.8 months were evaluated. The average time from injury to surgery was ‎‎11.5±8.9 months. The mean Lysholm and IKDC score were 86.9±11.5 and 70±18.7, ‎retrospectively. The mean Lysholm and IKDC score were not statistically different in patients ‎who underwent surgery less than 6 months after the injury compared to those who were ‎reconstructed after 6 months (p=0.07 and p=0.3, respectively). Postoperative restricted range of ‎motion was observed in seven patients that were resolved with physiotherapy. The only surgical ‎complication was a popliteal artery injury. ‎ Conclusions Single-stage reconstruction surgery of MLKI provides an acceptable outcome. However, several ‎aspects of this reconstruction such as the timing of the surgery still remain to be resolved in ‎future investigations.‎ 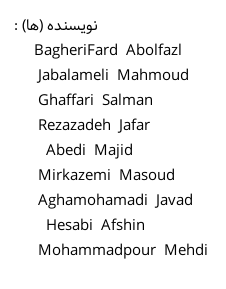